The eight-year high in average price gains for home sellers in the third quarter came despite slowing home price appreciation. The average sale price of single family homes and condos nationwide during the quarter was $263,976, up 0.2 percent from the previous quarter and up 2.4 percent from the third quarter of 2014 — the slowest year-over-year price appreciation in any quarter since home prices bottomed out in the first quarter of 2012.

The report also shows 2,487,664 existing single family and condo sales through the first three quarters of 2015, the highest level for the first nine months of a year since 2006 — a nine-year high. 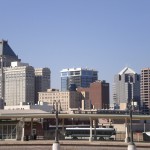 Greensboro in “Top 10” for Home Buyers